“Network for Children’s Rights” is a non-profit organisation dedicated to the protection of children’s rights, as set out in the United Nations Convention on the Rights of the Child, with particular emphasis on the needs of children at risk of social exclusion and marginalisation. As part of its activities, it operates six facilities in the centre of Athens, hosting specialised educational programmes, creative group activities, as well as non-formal education activities for children regardless of ethnic origin, race, gender, religion or language. At the same time, it implements psychosocial and legal assistance actions, runs various awareness initiatives, and cooperates with institutional bodies engaged in child protection.

One of the activities implemented by the Network for Children’s Rights is the “Young Journalists” Programme, which seeks to bring together teenagers and young adults of different nationalities, with the aim of publishing the multilingual newspaper “Migratory Birds”. The activity aims at fostering the social integration of refugees and migrants, combating xenophobia, as well as promoting the values of journalism and the strengthening of intercultural dialogue. “Migratory Birds” is the first newspaper written exclusively by teenage refugees, immigrants and Greeks with texts in Arabic, Farsi, Urdu, Greek, English, French and Spanish.

In order to adapt the newspaper to the digital era, the “Migratory Birds” developed and launched in 2020 a website which hosts digital versions of all the issues that have been published. The John S. Latsis Public Benefit Foundation supported this activity, partially covering the cost of employment of the Content Manager of the new website, who undertook to digitise the content of the printed issues to make them freely accessible online through the newspaper’s website.

At the same time, with the support of the John S. Latsis Public Benefit Foundation, the first phase of the programme “We are here too!” has been implemented; the ultimate aim of this programme is to promote and disseminate children’s rights to children, parents, teachers and the general public, focusing on health and development issues. The programme is implemented through the creation of a short film with the technique of stop motion animation, LEGO bricks being the basic material used.

In the framework of implementation of the programme, 4 online workshops were held for teachers from all over Greece and abroad (train the trainers); through these seminars, the participants acquired both theoretical introductory information on the Convention on the Rights of the Child and practical skills in creative writing and audiovisual media. Similarly, children aged 9-12 took part in a series of creative writing seminars held by a screenwriter specialist with the participation of a filmmaker.

These creative meetings resulted in the production of the short stop motion animation film entitled “The Giants Are Coming”, which focused on the Right of the Child to Health and the right of access (children with disabilities). The film, whose script was written by the young participants in the workshops, premiered on 22 November 2020 on the Network’s YouTube channel on the occasion of the World Children’s Day; it was screened at Chania Film Festival in December 2020 and it is freely accessible on the Network’s website.

“The John S. Latsis Public Benefit Foundation supported the ‘Young Journalists’ programme run by the Network for Children’s Rights, and in particular the development of an online version of the multilingual newspaper ‘Migratory Birds’. This initiative offers teenagers and young adults the opportunity to freely express themselves, by giving, among other things, a voice to the country’s refugee population. At the same time, the programme operates as a non-formal education activity, aiming at familiarising the team with digital tools, gaining press-related experience, as well as strengthening their social integration.” 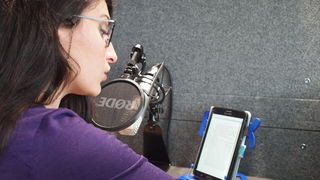 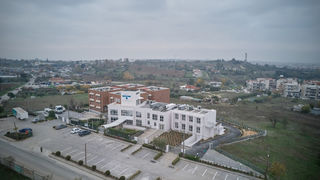